Can Alcohol Withdrawal Be Fatal? 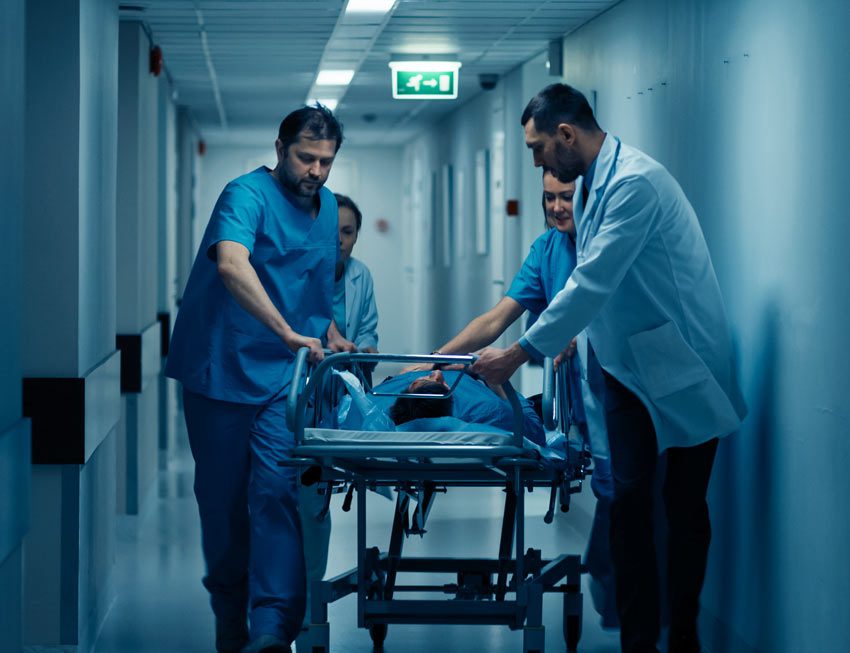 Alcohol withdrawal symptoms can arise when an individual with an alcohol addiction begins to reduce the amount of alcohol they consume.

Although rare, alcohol withdrawal can cause serious or even fatal symptoms when a person is not being properly monitored.

Addiction affects the relationship between a substance and how it impacts the body. As a person becomes more accustomed to the sedative properties of drinking, their brain function begins to morph.

The neurotransmitters of a person with an addiction, which may once have told the body to calm down after a glass of wine, instead begin to try to compensate for the sedation and kick into a hyperactive gear, attempting to achieve a normal level of functionality despite alcohol’s presence. After any reduction of that consumption, this relationship is shaken up again. The neurotransmitters will continue to behave as if expecting alcohol, but end up overcompensating without any sedative input, impacting the mental and physical health of the person in pursuit of recovery.

There are healthy ways to quit drinking. As such, it is possible to reduce alcohol consumption while avoiding the most serious side effects. This article will touch on the effects of an alcohol withdrawal and how to more safely navigate the transition away from over drinking.

As will be discussed below, the most serious effects occur when that reduction is dramatic. In other words, when a person suddenly transitions from consistent, sustained alcohol consumption to none at all. This method is most well known as stopping “cold turkey.”

For some, this shift in behavior holds a heroic connotation – that someone could simply “stop” feeding their addiction is seen as an impressive showing of will power. However, abruptly going from an elevated level of alcohol consumption to zero is often the most dangerous route to recovery.

What Is Delirium Tremens?

Perhaps the most serious and well-known effect of alcohol withdrawal syndrome (sometimes called simply AWS) is delirium tremens, colloquially referred to as “having the DTs.”

Delirium tremens can manifest in someone suffering from AWS as a brand of delirium – an acutely disturbed state of mind. Fortunately, not all instances of chronic alcoholism results in a case of delirium tremens. Nonetheless, approximately half of all people who suffer from alcoholism will encounter some ill effects of AWS.

Studies indicate that over their lifetime only 5 to 10 percent of individuals who go through withdrawal are at risk for DTs. (However, it should be noted that due to slight genetic variations in the way the body processes alcohol, white patients are at a 50 percent greater risk of severe AWS symptoms than non-white patients.)

Given the seriousness of this disorder, understanding what factors contribute to its onset is important when taking into account your or a loved one’s journey with alcohol use:

What happens during a bout of DTs? The symptoms typically begin manifesting 48 to 72 hours after a person ceases to drink alcohol. However, sometimes symptoms do not arrive until a week to ten days later. The “delirium” most often lasts for only 24 hours, but the most severe cases can persist for as many as five days.

Symptoms of DTs can include:

If treated, the risk of fatality as a direct result of DTs is fairly low, from 1 to 5 percent. Nevertheless, a publication from the National Institute on Alcohol Abuse and Alcoholism (NIAAA) stated that at worse, the mortality rate could be as high as 25 percent. These statistics further evidence that the severity of alcohol withdrawal should not be underestimated.

Many medical professionals consider withdrawal symptoms from alcohol to be perhaps the most dangerous. A notorious example of tragedy from AWS occurred in 2011. The family of the recently-deceased musical artist Amy Winehouse stated publicly their belief that alcohol withdrawal-related seizures were likely the key factor in her death.

Similarly serious, although not always associated with delirium tremens, AWS paired with low electrolyte levels can lead to cardiac complications, including arrhythmia and sudden death resulting from heart attack.

How Can I Safely Curb My Alcohol Consumption?

Strategies for weaning off of misusing alcohol abound. A good starting place is to remember that “cold turkey” can come with serious, if not fatal, consequences. As tempting as quitting outright may be, in the long run this method is not sustainable nor healthy.

No matter how you or your loved one decides to handle alcohol addiction, it is worth remembering this simple advice from Dr. Richard Saitz, chair of the Department of Community Health Sciences at the Boston University School of Public Health: “The most important thing is to get help for the long run to stop drinking. Getting help with withdrawal has little to do with how to stay abstinent. The most important thing is the next step – getting counseling and medication to treat the underlying condition [as well as] a social network that is supportive of that goal.”

Here at DK Solutions Group, we are on hand to address your concerns about alcohol withdrawal and what can be done to transition safely into recovery.